I have been working like crazy past few weeks. Almost all the weekends I just have rested to be ready for the next week. Finally on 8th I was able to go out and damn I got some quality birds to my list.

I started from Espoo where I went to see Common Kingfisher. It is not a common bird here, but I know a place which holds at least one bird almost every winter. I parked my car and soon I met Matti Rekilä and Ira Teräspuro there. They told me that the bird was seen 15 minutes earlier about 150m from the place I was standing. Matti also mentioned something about Water Rail, but I was pretty busy to go and see the Kingfisher.

I walked along small ditch and quite soon I found the bird sitting on a reed. I was showing me the wrong side, and when I moved a bit it took off and landed near by. I was able to take some photos, but nothing really good this time.

I walked back and people told me to check the ditch from there. Water Rail was feeding there semi openly, before it took off and walked behind some collapsed woods. Great winter species here!


After these nice birds I left, but I remembered that there was update of Black-throated Thrush from Latokaski, Espoo. I checked the google maps and only 9 minutes to the place, nice.
I drove there, parked my car and went to the place. I knew the exact spot, cause we tried this same bird last year with my kids... o luck back then.
This time took me about 2 minutes to look at the right place and bird was in the bag! People were running and walking around the area, but no one else checked the yard... I told to some people where to watch and I left. It was pretty far away, no really chance to take photos, so only these record shots this time.

Great day and god species! This was nice start for my year and more birding coming, sooner or later. 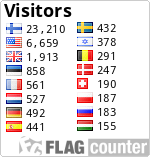